Humans have been tampering with the genomes of plants and animals through breeding since the dawn of agriculture. And genetic engineering has been around since the 1970s, with the development of GM crops and transgenic mice. So what’s new? Why is genome editing making the headlines?
Genome editing involves cutting and pasting DNA code into the genome using “molecular scissors”. The method is much faster and cheaper than traditional genetic engineering, which involved transferring whole genes from one species into another, and more precise. It can be applied to almost any organism. It is a technology that is easily available to even small labs across the world. And combined with new techniques such as optogenetics, and the latest advances in stem cell technology, it stands to change every aspect of our lives within the next decades. 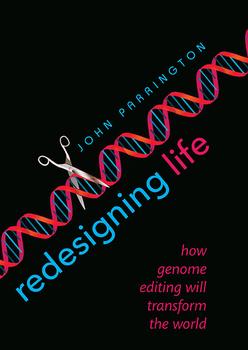 In this book, John Parrington explains the science behind the revolution, the hopes and dangers, and the ethical issues we face.

Progress has been rapid. Hornless cattle and crop plants genome edited to withstand disease and climate change are just the beginning. Already “organoids”, with some of the structure and function of organs including the brain have been grown in culture, with the hope of growing organs for transplant. Even the four-letter code of DNA has been expanded with a new X-Y base pair to create “XNA”. What will the future hold? These are potent, rapidly developing technologies, and there are increasingly urgent calls for wide public debate over their uses.