LYSOSOMES AS MEDIATORS OF CALCIUM SIGNALS

The intracellular calcium mobilizing messenger nicotinic acid adenine dinucleotide phosphate (NAADP) plays important roles in processes as diverse as epithelial secretion, stimulus-secretion coupling in pancreatic beta cells, excitation-contraction coupling of the heart, T cell activation, contractility of smooth muscle and neuronal signalling. Previous studies indicated that NAADP mediated release of calcium from endo-lysosomal organelles. However the identity of the NAADP-regulated channel has remained unclear and highly controversial.
Recently we identified  two pore channel (TPC) proteins as the NAADP-regulated  calcium-permeable  channels. We are now interested in determining the precise way in which TPCs are regulated by NAADP, and the role of TPCs in health and disease in the whole organism.

The activation of the egg at fertilization is a crucial step in embryo development. Egg activation has been of interest to scientists for over a century and in the 1970s calcium signals were shown to play a crucial role in this process. However the mechanism whereby the sperm triggers calcium release in the egg has remained unclear and a controversial topic.
Studies over the last decade in which we played a central role have indicated that in mammals, including human beings, and some other vertebrates, egg activation is triggered by a sperm-specific phospholipase C, PLCzeta (PLCζ). Most recently, we have shown that defects in PLCzeta appear to be linked to certain types of infertility in men. 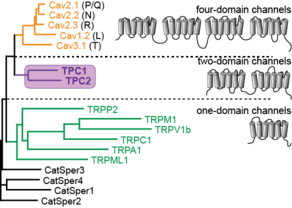 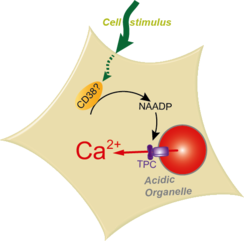 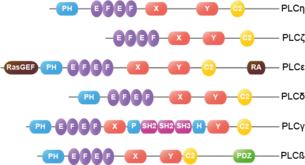 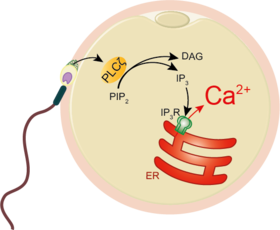